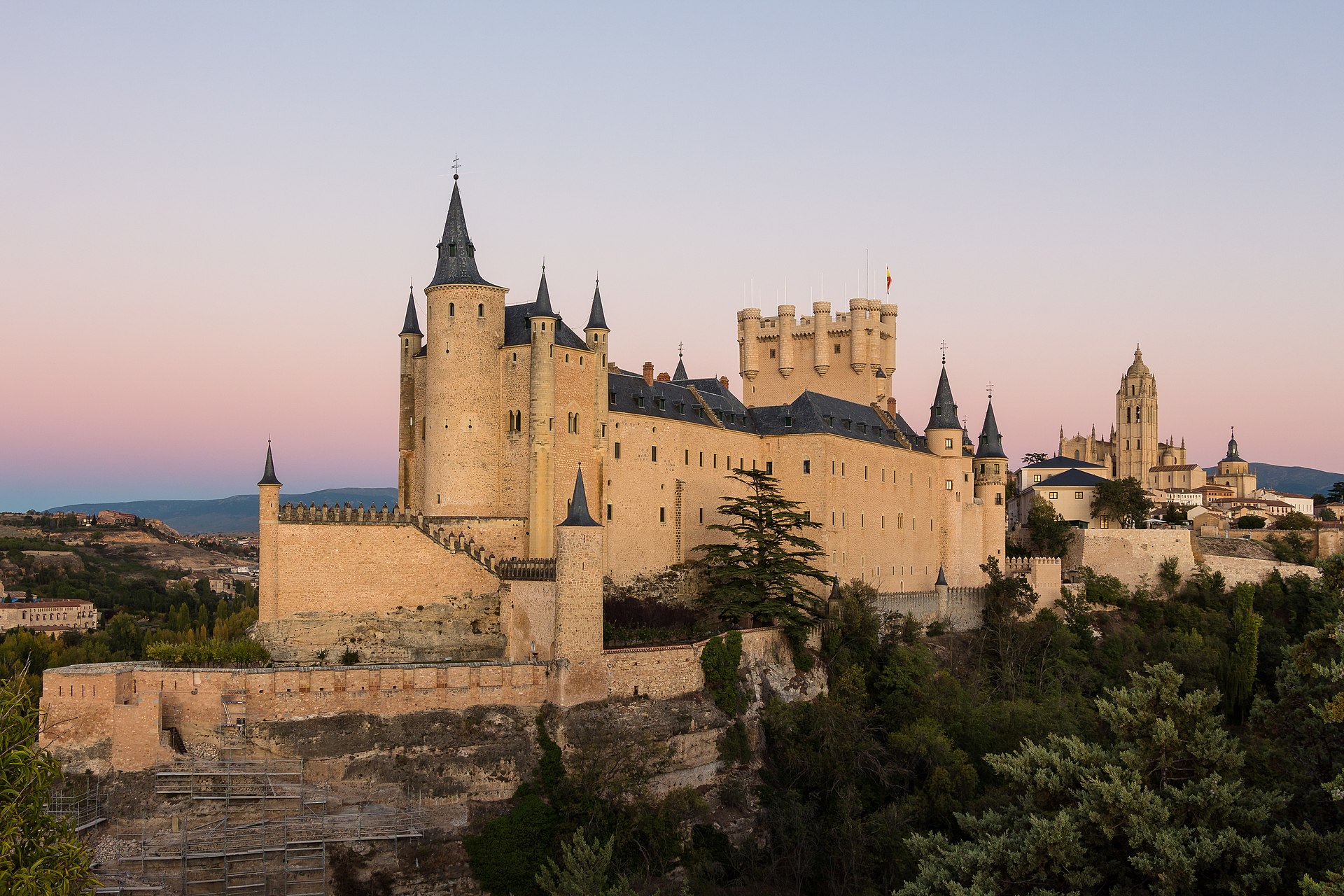 Spanish press, El Adelantado has today confirmed that filming for Amazon’s fantasy epic “Wheel of Time” has begun at the Alcázar of Segovia, a medieval military fortress in the heart of the city of Segovia.

The article (dated 1st December 2020) which was published in Spanish and translated into English for the purpose of this article, states:

“Yesterday the filming set was transferred to the interior of the fortress, so that several trucks with filming material were parked for much of the day in the vicinity of the Alcazar. From what some members of the production team commented, the recordings will begin today, in at least three different points of the set.

Among the spaces where the filming will take place, a short shot will be recorded at the gates of the Alcázar, but most of the scenes will be collected inside the palace-fortress, specifically in the Terraza del Pozo and the Terraza de Moros .

The Alcázar will be closed to the public for today and tomorrow, the period in which the scenes will be shot, before its closure from Monday to Thursday, which will take place from December 9. In fact, yesterday the refurbishment works being carried out by the many workers involved in the recording, as well as the transfer of the equipment, were visible from the courtyard of the monumental complex.

The filming of the Alcázar will be used for the first season of the series, for which there is still no official release date.“

The article does not confirm whether any actors have been spotted on set.

The press reports that the Alcázar is closed to the public, with no one but production staff unable to get close to the fortress, however locals were able to capture some shots from a distance which shows a new banner was erected above the gates of the fortress.

The banner, which appears to be red with 3 symbols, one atop of two, shows an uncanny resemblance to that of the small county of Ghealdan. Home to Logain Ablar, set to be played by Spanish actor Alvaro Morte.

Morte has himself confirmed an extended backstory for the character of Logain Ablar, and it would certainly make sense that we would get a glimpse at the characters ancestral home during the first season.

Certainly, the location and banner gives us much to speculate upon, and we will surely be watching Alvaro Morte’s social media for any clue that he may be on location.

In English: “This man here is a love. Thank you for taking such good care of me, dear. I will listen to the audio books”

A fan page on Instagram @thebestoflacasadepapel was able to recognise landmarks in the background to confirm that this photo was taken in Segovia.

What do you think? Do you think the banner captured represents Ghealdan? Does the location fit with how you imagined Ghealdan would look? Tell us in the comments below, or consider joining us for some fan discussion over on our social platforms.

Weaves of the Wheel is Social and Entertainment community platform for Wheel of Time fans on Instagram, established in 2016.

Join us for WoT news, games, art and 24/7 fan discussion in our Instagram chatrooms, where you can connect with Wheel of Time fans from around the globe.

This was absolutely killer! I had such a blast being a part of this podcast. If you love Wheel of Time, DnD and storytelling, go check it out now. Link in bio
Repost: @thirdageart
Round 2 from our Verin Fancasts!
This weeks Fancast Friday game over in our @weavesofthewheel chat group was all about our favourite Brown Ajah Sister, Verin Mathwin!
It's our WoT on Prime Speculation Spectacular!
Kevin McNally as Bayle Domon by @thirdageart, as chosen by you our followers!
The Prague Landscape, from @madeleine_madden stories. Looks like filming is starting up again on the Wheel of Time on Prime 😀
Lan Mandragoran by @jaeynyart
And now for the final part of our Elyas Machera fancast this week! Do you stan any of these to play Elyas?