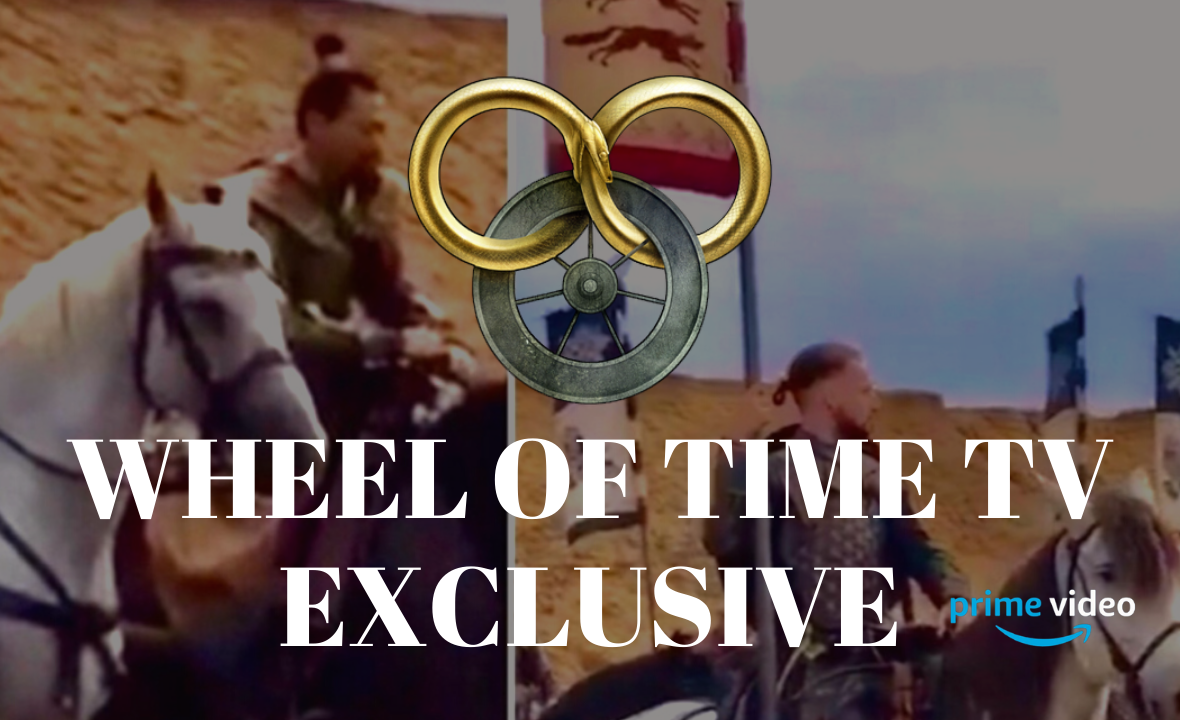 Looks like we might be building up to a big announcement, perhaps even our first trailer for Amazon’s Wheel of Time series, as we see more and more of these “leaked” set photos being shared across the fandom.

This such image found its way to The Daily Trolloc on Reddit this morning. While the focus is a little “off” we can clearly make out more of those banners we saw from the set photos leaked by Czech photographer Tomas Vojticsek.

Depicting the same colours and black bird, and now accompanied by 2 actors with Top Knots, this new set image is adding further fuel to the debate that we are looking at the official banner for the Borderland Country of Shienar.

Furthermore, we’re getting a glimpse at a secondary banner. Red and White with 3 running foxes, a sigil that matches that described to belong to Lord Agelmar of House Jagad, one of the 5 Great Captains and Lord of Fal Dara.

Interestingly, the design team appear to have based the design for these banners upon that of the Sashimono flags common in feudal Japan. Whether this is simply an aesthetic choice, or whether Shienar will adopt a similar culture and political system remains to be seen.

We can also see two men on horseback. The image of Agelmar’s bannerman (who could very likely be a stunt double according to unnamed sources) is a little sharper and we are able to make out a little more detail of the soldier’s amour.

The other image shows a man who, while out of focus, looks very much like actor Thomas Chaanhing, who you might recall has been heavily rumoured to have filmed scenes in Prague for an unknown fantasy series this past month and shared a picture of the horse known as “Archie” on his Instagram.

Could Thomas possibly be playing Lord Agelmar himself?

The scenes look very much like the Shienaran soldiers are preparing to leave for their defense of Tarwin’s Gap, a notable battle that takes place at the end of book 1 of the Wheel of Time.

What do you think? Could Thomas be Lord Agelmar? Or maybe another Lord of note, Lord Ingtar of House Shinowa?

Tell us what you think in the comments section below and join us on Instagram for news, Fan discussion, community, RPG’s and more. Find all our links below.

Until the next leak ?