WELCOME TAMILA KHODJAEVA TO THE WHEEL OF TIME ON PRIME 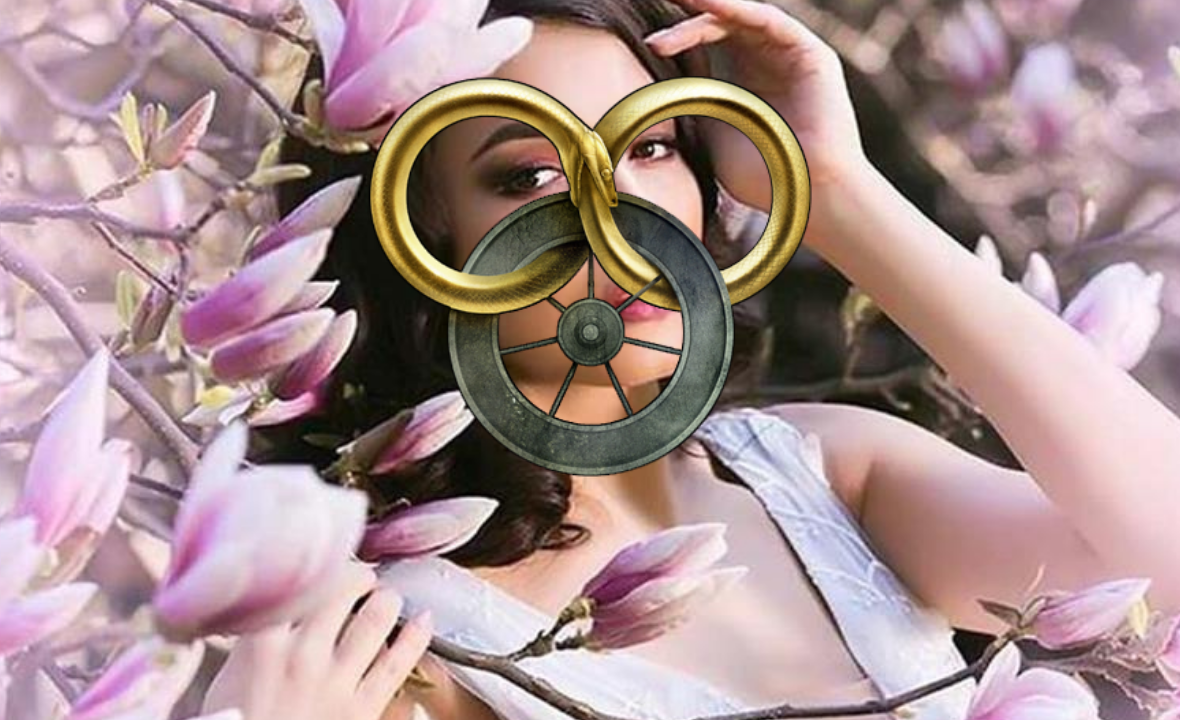 We are all waiting for that long awaited trailer to drop and even though this is not that, it is still news of a brand new cast member leaked for the Wheel of Time TV Show.

Hello and welcome Tamila Khodjaeva (Tamila Sparrow) to the Wheel of Time family!

Tamila is a model and actress from her native country of Uzbekistan. She moved to Prague to complete her Masters degree and is currently the 2020/2021 Miss Czech Republic.

This information was discovered recently by our friend Jon from Wot up!

Jon discovered that Tamila has a small role on the show as a Tinker and shot a scene with Marcus Rutherford (Perrin) Madeleine Madden (Egwene) and Daryl McCormack (Aram) towards the back end of December 2019!

It seems like we have been waiting for this series to be released an entire turning of the Wheel, however news this week suggests the show is closing in on its final stages of post production

Miss Czech Republic recorded with the main cast for a week and it was revealed she had her hair in dreadlocks and recorded a scene which included a dance!

The Tinker dance, known as the Tiganza, is first described in Eye of the World Chapter 27 ‘Shelter from the Storm.’ It is a sensual dance performed by Tuatha’an women. The dance involves shuffling steps to the slow beat of drums, small circular turns, and a slow rotation of the hips that is emphasized by the sway of a fringed shawl. It is usually done barefoot to the light of the campfire.

“Outstretched arms spread her shawl behind her; her hips undulated as her bare feet shuffled to the beat of the drums…. She turned in small circles, smiling over her shoulder at him.” – Passage from Chapter 27 of the Eye of the World.

Perrin describes the tiganza as the Tinker women’s swaying, hip-rolling dance that sets the heart pounding. This chapter takes place after the events of Shadar Logoth where Perrin and Egwene are split from the rest of the group.

What can we take away from this casting?

Firstly we already knew we would meet the Tinkers as we had confirmation by THE WHEEL ON TIME that they had cast Maria Doyle Kennedy in the role of Illa, Narinder Samra as Raen and Daryl McCormack as Aram. Three reoccurring characters from the Tuatha’an people in the series.

The confirmation by Tamila that she sported dreadlocks for the role tell us that this look may hold cultural significance for the Tuatha’an folk. Leaked images previously released by Jon from WoT Up! showed an unknown female in the colourful garbs associated with the Tinkers and her hair also in dreadlocks. Will the character of Aram also sport dreadlocks?

What else can we take away from this?

The question on everyone’s mind is, Where is Elyas?

After the events of Shadar Logoth and before we meet the Tinkers, Egwene and Perrin meet another person as they are running and hiding from the Trollocs and Fades. That person is Elyas ‘Long Tooth’ Machera. Elyas is a wolf brother and a mentor to Perrin and is our first introduction to the Wolves and that the pattern has people who can speak with wolves. Are we to believe that he will not be present in this scene or is his identity kept hidden (perhaps he is Steve)?

Is it possible that Perrin and Egwene do not meet Elyas at all and in fact, make the choice to take refuge with the tinkers alone? We do know that Daryl McCormack who will play Aram, is contracted for 3 episodes in season one. Could this be a reason why we do not have a confirmation of ‘Long tooth’s casting? Will the role of the Tinkers be extended in season 1 with some beloved characters sacrificed to make room?

This scene where Tamila is dancing the Tiganza will have Raen, Illa, Aram, Perrin and Egwene sitting around the campfire and I think we are all hoping to catch a glimpse of a bearded man with Golden Eyes sitting with wolves.

What are your thoughts on whether we will see Elyas with the Tinkers, and are you looking forward to see Tamila dance the Tiganza?

Come and chat with us. Connect with the community by following the link here