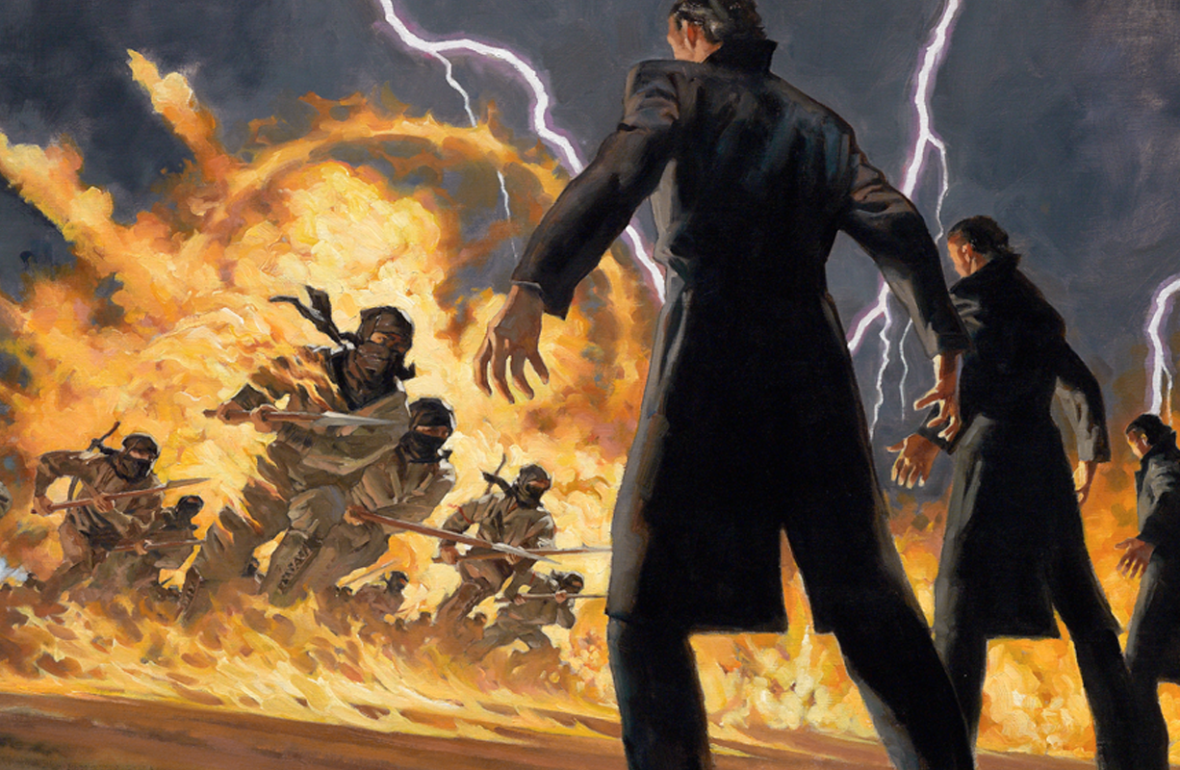 This page documents the histories of The Black Tower with a focus on the Black Tower of the 4th Age. This information is created by the Weaves of the Wheel Storytelling RPG community, for the purpose creating new characters and stories within a new timeline. This information is a creative effort by all community members and serves to provide a richly detailed world within which we play that adheres to the canon created by Robert Jordan for the Wheel of Time series. This information is created for the purpose of fan enjoyment and is not affiliated with the Bandersnatch group. To find out more about Weaves of the Wheel Storytelling RPG, click here

ABOUT THE BLACK TOWER

The Black Tower is the home and training headquarters of the Asha’man. It originated as a converted farmhouse located less than two leagues south of Caemlyn.

The Black Tower’s name derived from Asha’man themselves, who began calling it such in contrast to the White Tower. 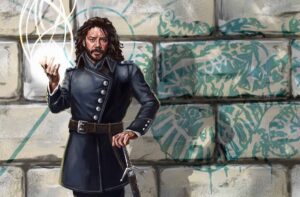 Before the Last Battle, the Black Tower compound was described as having an enclosing wall nearly four square miles around the Black Tower, with a large manor house at the centre, where the leader and most of the full Asha’man lived. Most of the Soldiers lived in barracks, though the Dedicated had started constructing small houses for themselves.

The Black Tower was founded by Rand al’Thor, who appointed Mazrim Taim as its ultimate leader and trainer. Leading up to the Last Battle, two factions emerge within the Black Tower, one led by Mazrim Taim, and the other by Logain Ablar.

RANKING IN THE BLACK TOWER

The field organization of the Asha’man  is akin to battle units. Modern female Aes Sedai have a very gradual hierarchy based on an individual’s strength in the One Power; the Asha’man use a more explicitly militaristic system.

M’Hael: The name Mazrim Taim appointed himself as leader of the Black Tower. In the Old Tongue meaning “Leader”.

Asha’man: In the old tongue, meaning “Guardian”, Asha’man is the third and highest rank, they wear the silver sword pin of the Dedicated as well as a gold-and-red Dragon pin on the right side of their collars. They are equivalent to a full Aes Sedai in the White Tower.

Dedicated: Those who have advanced to a certain level of skill; they wear distinctive black coats and a silver sword pin on the left side of their collars. They are equivalent to an Accepted in the White Tower.

Soldier: The lowest rank; they wear no decoration on their collars and are equivalent to a novice in the White Tower. Unlike novices, Soldiers are required to carry out all chores with the One Power.

At the start of the 4th Age, the Black Tower compound underwent extensive reconstruction, with the aid of the Ogier Stonemasons. The manor, which had been destroyed during the battle between Logain’s Asha’man and Taim’s Asha’man had all but been burned down to its basic foundations. New plans to build a new “tower like” complex began immediately following the Last Battle. New feats in engineering and the One Power would make this a relatively quick job. The first structure was completed within 7 months, with a fully operational training facility to house Soldiers, Dedicated and Asha’man. The houses on the compound were reserved for the initiate’s families. Within 10 years, a fully constructed gated town was born, with the Black Tower spires at its centre. The town would become known as Hei’Tom. 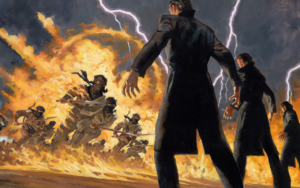 In 107ALB, the Seanchan coordinated an attack on Hei’Tom. In a twist of spite, the Suldam leading the attacks led Aes Sedai captured Damane at the forefront to destroy and burn the town of Hei’Tom. Much of the structure of the Black Tower was destroyed, although its foundations stood. With no leader, the surviving Asha’man scattered. Many were absorbed by the White Tower. A year later, the White Tower would officially close the gates to the abandoned town of Hei’Tom.

The Black Tower will be rent in blood and fire, and sisters will walk its grounds” – from Elaida’s foretelling.

THE BLACK TOWER IN THE 4TH AGE

In 143ALB, the gates to Hei’Tom would reopen. Ren Tyan, under the title of Koyn (in the Old Tongue, meaning The First), would rally channelers back to Hei’Tom. Initiates were initially wilders who felt disillusioned with the White Tower, although Ren discovered a number of men within the Warder Yard of the White Tower who were unaware of their ability, who would help bridge the gap between the Towers. Most notably, Deej Raithar and Rob Stoneshield. Deej Raithar would become second in command, abandoning his place in the Warder Yard. Rob Stoneshield, who was warder to then Keeper of the Chronicles, Suana el’Sunur, would begin training in the Black Tower, while also taking up a place of leadership in the Warder Yard.

Within a month, 17 males in training in the White Tower defected to the Black Tower. Within a year, the Black Tower had raised close to 150 men to the rank of full Asha’man.

Rebuilding of the Black Tower structure and surrounding town was slow and arduous. Due to limited coffers, it was a process of manpower and One Power. It would be 3 years before the Tower structure was repaired enough to be used at full capacity. The town itself would take decades to return to former glory.

In 144ALB, the Black Tower would represent male channelers at the talks for the new peace treaty, bolstering their reputation and leading to a wave of new recruits.

CANON NOTES TO ADHERE TO IN STORYTELLING

As opposed to female channelers, men are unable to sense the ability to channel in another. 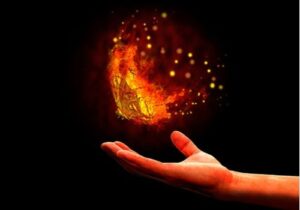 The resonance test: Mazrim Taim was the first to claim the ability to test and train men for channeling. Taim grabs Damer Flinn to be the first tested, saying, “The more power that is used the easier it is to detect the resonance. Too big a resonance can do unpleasant things to your mind, maybe kill you, so I’ll start small.” Taim channeled a tiny flame and commanded Damer to concentrate on the flame. After ten minutes a resonance finally was detected, a tiny echo of the minuscule flow of power pulsing in Taim but seeming to come from Damer. 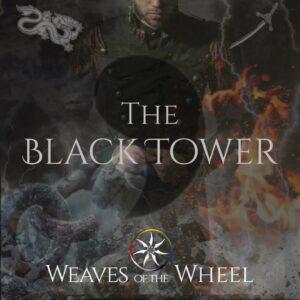 1 ALB – The Black Tower grants the Aes Sedai permission to bond 47 Soldiers and Dedicated. The deal was made between the Amyrlin, Egwene al’Vere and Rand al’Thor, and upheld by Logain Ablar, the new leader of the Black Tower.

1ALB – The Black Tower hire the Ogier Stonemasons to aid in reconstructing the Black Tower. Within 7 months, the first structure is completed.

10 ALB – Construction on the Black Tower compound is completed. The town is known as Hei’Tom and is approximately 7 square miles.

11 ALB – The Black Tower form a good relationship with the Kin based in Andor. The Kin connect a small number of Asha’man with Kin in Ebou Dar, so that they may have a safe place to stay while they search for male channelers to take them safely out of Seanchan territory (see: The Kin)

25 ALB – Due to limited numbers of Sul’dam in the Westlands (see: The Seanchan), the Seanchan pass law that states male channelers will no longer be collared, but instead killed if captured as occurs in their native lands. The Black Tower view this law as a breach of The Dragon’s Peace, and they demand retribution, stating that the governing bodies of the Westlands should unite the armies to launch an invasion into Seanchan held territories, and push them out of the Westlands.

38 ALB – The common people are coming round to the acceptance of male channelers. Logain is viewed as a figure head and is well loved among the general population. The governing bodies of the lands, however, still view male channelers as a threat. Naturally, monarchs and country leaders do not take well to the commoners’ love for Logain, so in resentment, there is no rally of support for the Asha’man. The Black Tower stands alone in fighting against the Seanchan along the borders, although they do rally numbers to the cause.

39 ALB – A mercenary army forms, lead by the Black Tower. Border raids, with the purpose to smuggle male channelers from Seanchan territories to Westland safety, are the main order of business. However, there are regular clashes between the Seanchan and Mercenary armies, leaving the Aiel, who refuse to participate in fighting against the Seanchan, stretched.

42 ALB – Border raids and skirmishes become a daily occurrence, over the course of several years, the borders move back and forth, between Seanchan victories and Westland Mercenary army victories.

45 ALB – Rebel members of the Kin (Known as the Underground) begin training alongside the Asha’man. They are not taken in as Asha’man, but are taught similar methods of physical combat and themselves learn combat weaves with sai’dar

52 ALB – The relationship between the White and Black Tower, which has suffered tensions for decades, completely breaks down.

94 ALB – The Black Tower lead a large coup into Altara where the Seanchan base is held – freeing several high profile imprisoned male and female channelers scheduled for execution (See: The Kin)

96 ALB – With the original peace agreement meeting its end, attempts to sign a new agreement are destroyed due to the actions of the Black Tower. War is imminent. Male channelers are once again public enemy number 1. The Mercenary army loses numbers and financial support.

106 ALB – Logain personally leads a raid into Seanchan territory. He frees a number of captives, both Channelers and soldiers. He is captured while fleeing.

107 ALB – The Seanchan coordinate an attack on the Black Tower in retribution. Many Asha’man are killed. Those captured are later executed. Asha’man scatter and the Black Tower falls and the surrounding town burns. Some Asha’man break into vigilante groups and attack the Seanchan. Several join the/are absorbed by the White Tower. Many simply vanish.

107 ALB – Logain Ablar is executed by the Seanchan.

120 ALB – Remaining Asha’man of the old Black Tower (those who have not joined the White Tower) join forces. They break the siege of Illian, but sustain near complete casualties.(See: The Seanchan for siege of Illian)

125 ALB – The Asha’man are no more. Male channelers who wish to train must go to the White Tower. Many males are still fearful of Aes Sedai, and so male wilders become increasingly common. The purpose of the Red Ajah shifts to the hunting and capturing of rogue channelers for their safety.

143 ALB – The New Black Tower is formed under leader Ren Tyan, known as the Koyn (The First).

144ALB – The new Dragons Peace treaty is signed. The treaty offers male channelers the same rights as the females. Any who belong to either Tower may freely move around Seanchan occupied lands, providing they have necessary documentation to prove they are Tower trained channelers. The Black Tower may visit the lands once every year to recruit male channelers from within.

161ALB – The first female channelers are raised to the rank of Asha’man. Nyel Lotherien, a former Kin Underground member who trained with the Asha’man during the rebellion (see The Kin), is raised to the rank of Asha’man. Lilith din Tongara Morningstar, an Aes Sedai of the Green Ajah, is the first dual Tower channeler and would become known as the worlds first Asha’Sedai to bridge the gap between the towers.

*Histories may be added to following significant events