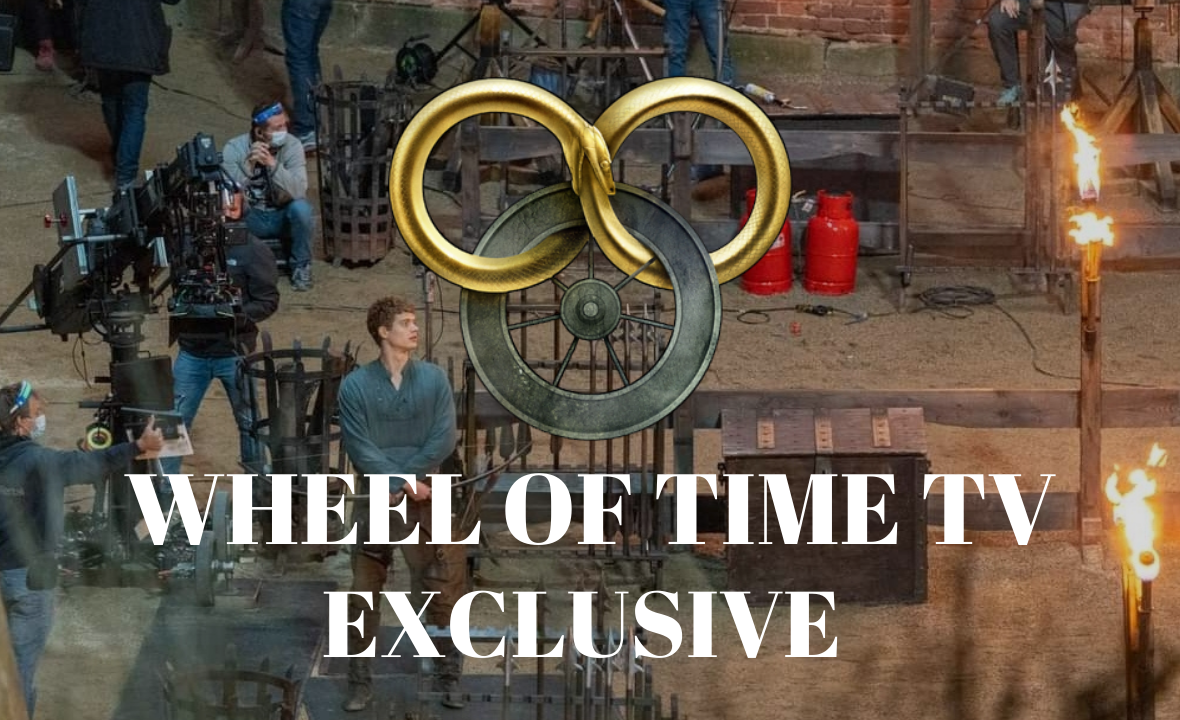 Well lookie lookie, we finally have leaked set photos which absolutely confirm beyond all doubt to belong to Amazon’s new big budget fantasy series, inspired by Robert Jordan’s series, The Wheel of Time.

How do we know for certain that these truly belong to the epic fantasy show currently in production in the Czech Republic? Well, for one, they only depict everyone favourite Sheepherder, Rand al’Thor played by Dutch actor Josha Stradowski.

The photos were captured by local photographer Tomas Vojticsek, who claims the photographs were taken from a publicly accessible location and shared to his Facebook page.

Taken at the fortress Josefov, a location many have speculated to represent the town of Fal Dara, in the country of Shienar, the images show protagonist Rand al’Thor holding a bow and surrounded by an armory and torches lining practice rows. We can also spot one of the crew members demonstrating an archery stance, suggesting that they are setting for a scene where our protagonist practices his form with the bow, and of course, the famed “oneness”

At the end of the row, the photographer has managed to capture a wooden practice dummy, with what we assume is a trolloc skull attached to it, slightly off to the side of some archery target rings. Behind that dummy we get a clear look at a banner adorning the walls. Blue and White Horizontal stripes and the clear depiction of a black bird of prey, quite possibly a hawk can be seen. The banner of Shienar is described in the series as “A black swooping hawk on a field of three blue and two white horizontal stripes” adding further evidence that this indeed could be the location for Shienar and the fortress at Fal Dara.

In a wide shot of the set, we can see 3 more banners adorning the walls of the fortress. While a little out of focus, you can still clearly make out the colours and bird along the banner.

Further more, we have a glimpse at one of our female characters and a long Two Rivers braid suggesting this is one of our leading females. At first sight, it appears to be Egwene al’Vere played by Madeleine Madden. However with her back to camera it has left a little wiggle room for debate with many pointing out that in the books, Egwene had forfeited her braid long before they reach Fal Dara.

We have a glimpse at a clapper board. A little off focus but we can see the number 7, suggesting this filming is for episode 7 of the show.

The rest of the images show us the scope of production for this series, with some serious equipment on display.

And last but not least, as an extra little bonus for making it to the end of this article… What do we have here? Could this be Tam’s famed Heron Marked Blade hanging by a strap on the weapons rack? You’re going to have to tell us in the comments section.

All credit for the images go to Tomas Vojticsek Photography. Do go and show his Facebook page some love and attention by clicking here

So, what do you think of these images? Convinced we are looking at the fortress of Fal Dara? How do you feel about the look and feel of the set? And what about the cast in costume? Do you believe this series with soar or will it flop? Tell us in the comments below and make sure to follow Weaves of the Wheel community across social media.

Everyone's new favourite Red 😍 On a scale of

The character of Perrin Aybara faced some of the b

Who's up for a game of stones? #weavesofthewheel

Counting down the days til Christmas Eve and Santa

Probably my most favourite scene in @thewheeloftim