YOU READY? AMAZON’S WHEEL OF TIME STUNS FANS WITH AUDIO PREVIEW – A review 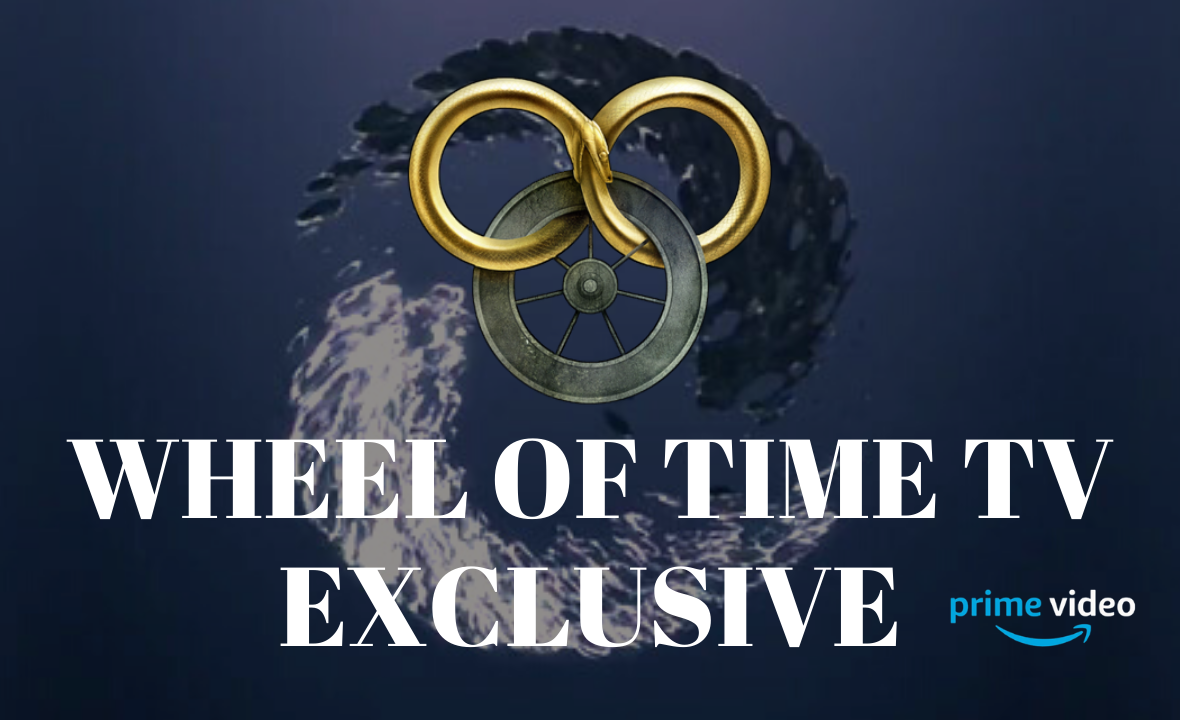 In arguably one of the most exciting WoT Wednesdays since…..Well the last one all the way back in early September, when Amazon’s Wheel of Time production teased fans with their first official look at The Winespring Inn of Emonds Field. This Wednesday October 28, gave fans their first audio from the highly anticipated fantasy series.

The 16 second preview sent the WoT fandom into a frenzy with many speculating as to whom the voices belong to and just what exactly was happening in the scene?

LET’S BREAK IT DOWN…

We start with background noise. A loud rumbling, but fairly non distinct, before we can make out the sounds of men yelling.

Then we hear a woman’s scream, followed by the sound of a crash or explosion with the crackles of fire. Men continue to shout and we can hear the distinctive female scream again. The clatter of metal colliding is very obvious among the voices, sounding very much like the coming together of swords. Nothing is quite fully formed, almost as if its heard from some distance away.

Then suddenly, and very clearly, a breathless female voice asks “You ready?”

A male voice answers “No”

The female voice replies “Me either”

The clip builds up to a close with sound affects, leaving us with a bucket load of questions and not a lot of hints.

SO WHAT HAVE WE LEARNED?

The first question on everyone’s mind was just who did the voices belong to? While everyone felt pretty confident we were hearing the voice of Australian actress, Madeleine Madden who plays the role of Egwene al’Vere, many were debating who the male voice belonged to.

This would shortly be confirmed by Madeleine herself, who took to Instagram to share the audio on her profile with a simple caption:

The caption confirmed that the voices in the clip belong to her character Egwene and Perrin Aybara, the character played by Marcus Rutherford. Marcus also took to Instagram to share the audio clip in his 24 hour story alongside a singular smirky face emoji.

With the fandom now satisfied as to the source of the voices, the next debate began. What scene could this possibly be? Many speculated, with the sound of battle in the background, we must surely be hearing a scene in which Perrin and Egwene are separated from the travelling party, perhaps a moment with the Children of the Light (also known as the Whitecloaks) or an escape from the ruined and haunted city known as Shadar Logoth.

Now it was time for the showrunner, Rafe Judkins to take to Instagram and while sharing the audio, set the fandom a challenge.

“Ready for what? Can you guess? If someone does get it right (posted in the comments here within the next two hours), I will fly you to Prague and have dinner with you next year. Genuinely”

With the challenge set, the fandom took to guessing the scene.

With literally 100s of guesses, the most popular being the scene where Perrin and Egwene attempt to flee from attacking Whitecloaks (also known as the Children of the Light), Rafe then confirmed that no-one had got it right, but that one person had got pretty close:

SO WHAT CAN WE TAKE AWAY FROM THIS?

We have learned that the voices belong to Egwene and Perrin and that the dialogue comes from a “made for tv” scene, rather than one adapted from the books.

It is also quite likely that the audio features 2 separate audios from different scenes, merged together. But how do we know this?

Rafe’s note that he was 100% confident no one would guess correctly suggests a form of trickery. If you listen closely to the soundbites in the background, the female scream comes back around just before we hear Egwene speak. This suggests that the background audio is on a loop, while the words of Egwene and Perrin are laid over the top.

WHAT DID THEY GET RIGHT?

Timing is everything, and boy did they time this right. With the major leaks coming in thick and fast over the last week, Amazon had to take back an element of control by giving the fandom something official.

Nerves had been building that the series may face further delays, after leading star of the series, Rosamund Pike took to Instagram on Monday with the caption

“Oh Prague, here we go again. I will distance and isolate and pray that we can finish shooting the first season of “The Wheel of Time” @wotonprime for all you who are waiting for it”

While it is likely just a confirmation that Rosamund is back on set and hoping that this time, they can wrap it up, it did lead many to question if doubt was setting in among the team that production may be shut down again.

With WoTonPrime teasing us with this audio preview, it gives us all hope that a trailer is now fully in development, and trailers usually confirm a much antipated release date.

WHAT DID THEY GET WRONG?

Many fans were quick to point out that the symbol used, we assume to represent the ancient symbol of the Aes Sedai, the representation of the 2 halves of the magical force known as the One Power, was in fact the wrong way around.

How important is this? Well, it’s a detail that’s of great importance in the story, with variations of the symbol used to represent different factions and even used to incite fear and persecution. It’s used consistently throughout the series from its opening scenes right down to the conclusion of the Last Battle.

It’s also the fandoms first visual of potential marketing materials from the series and quite rightly, it’s left the fans concerned that WoTonPrime has blundered arguably one of the most important visual details right off the bat.

This perhaps confirms a theory that the audio was made in haste and without fact-checking before its release. Either that or the marketing team were on the receiving end of some strong words come Thursday morning.

BUT, ARE YOU READY?

With the major leaks over the last week, it appears things are starting to build up on the Wheel of Time front.

Have the leaks been a deliberate attempt to build the buzz for the series?

Security for production has been incredibly tight up until recently, with anyone involved in the show given strict orders to keep any details away from social media and the cast reporting that all involved in the series have signed iron-clad NDA’s, meaning that anyone leaking information would find themselves in more trouble than its worth. These leaks would suggest Amazon is building up to something bigger.

Of course, the other possibility is that someone has messed up on a major scale and the marketing teams now finds themselves running damage control to distract the fandom while they find the leak. These audios can easily be thrown together at a moments notice and can be considered enough to titillate a fandom desperate for any official news on a series already greatly delayed by the Covid-19 pandemic. It could also explain the incoruse of the symbol if the audio was simply rushed out.

What do you think? Are you excited by the audio? Nervous that the first sounds are that of a made for TV scene and not something from the books? Do you think a trailer is coming? Tell me your thought in the comment section below, or come and join our discussions on social media. Check the links below to find us