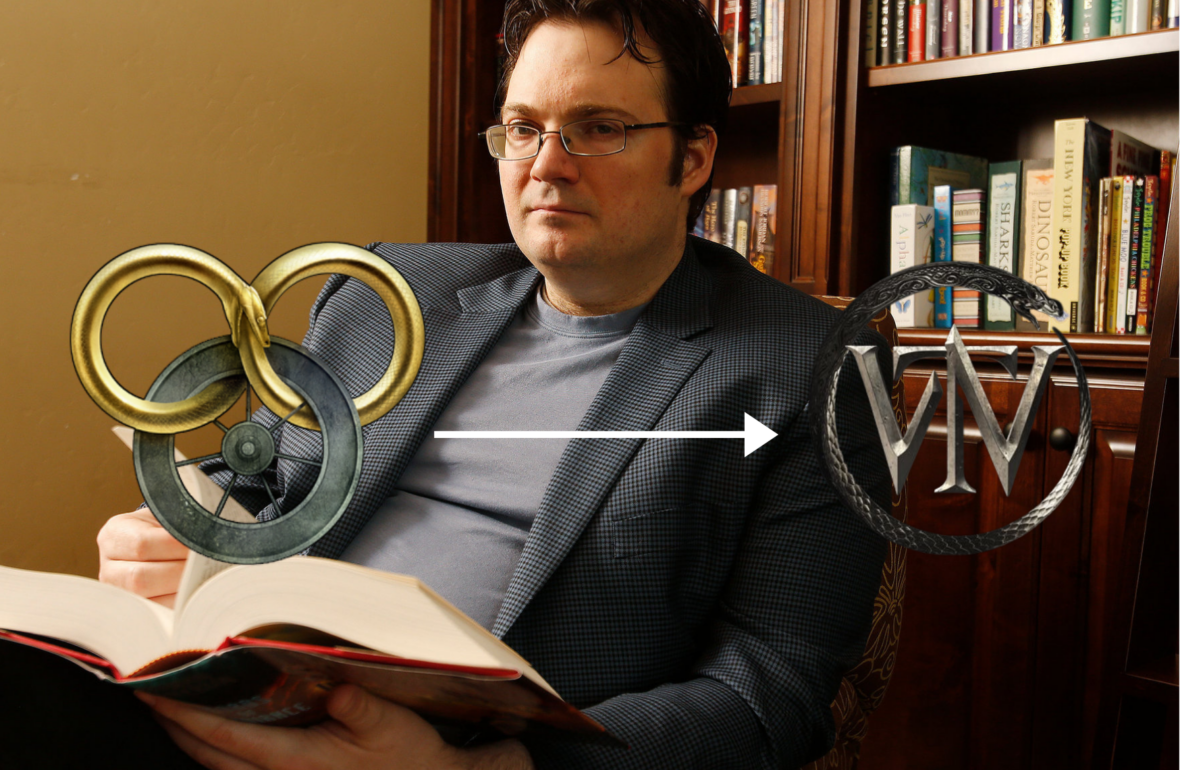 Brandon Sanderson took to the stage at JordanCon 2021 to host a live reading of the prologue for his book, Lost Metal and a Q&A.

During the panel, Brandon was asked a few questions about the Wheel of Time TV show. Here’s what he said.

What are you most excited about for the Wheel of Time TV series?

Episode 6 is my favorite, Episode 7 is really good. Episodes 1 and 2 are both really good too. There are no bad episodes in Season 1. I haven’t read Season 2, all of them, so I can’t say. I’ve read the first two. But Season 1, I’ll go beyond that. All of Season 1, every episode is above average in good television that I have seen. So no whammies, and the writing is really solid. Among the fanbase there are going to be discussions about the changes made. Like I said, they’re are on a level around the Tolkien movies.

And there are some significant changes in Lord of the Rings.

I would call them about equivalent to that. More changes than Game of Thrones, more like the Lord of the Rings films, less than something like I, Robot or one of those completely off the rails ones. I’ve been viewing it as a different turning of the Wheel. Because none of the changes are such that I wouldn’t see them fitting in another turning, so to speak.

I’m so excited. You haven’t actually seen it, right?

No, the only parts I’ve seen were the ones that were being filmed while I was in Prague. Moiraine is sooo good. Rosamund is really good as Moiraine. That’s a casting choice on the level of Ian McKellen as Gandalf. She’s so good in the role. I really only got to see her and Lan, and Lan was good. I got to see just a liiitle bit of the other ones, I didn’t get enough to judge.

Thanks go to Cheyenne of Worldhoppers podcast who transcribed for WoB and shared with Weaves of the Wheel.

Thanks to The Sanderson Collection on YouTube who recorded the entire panel. If you’d like to watch it in full, you can find it below.

Do Sandersons comments make you feel excited for the show? Or are you worried about the changes?

Let us know in the comments below, or come and join the community. Find the links to get started here