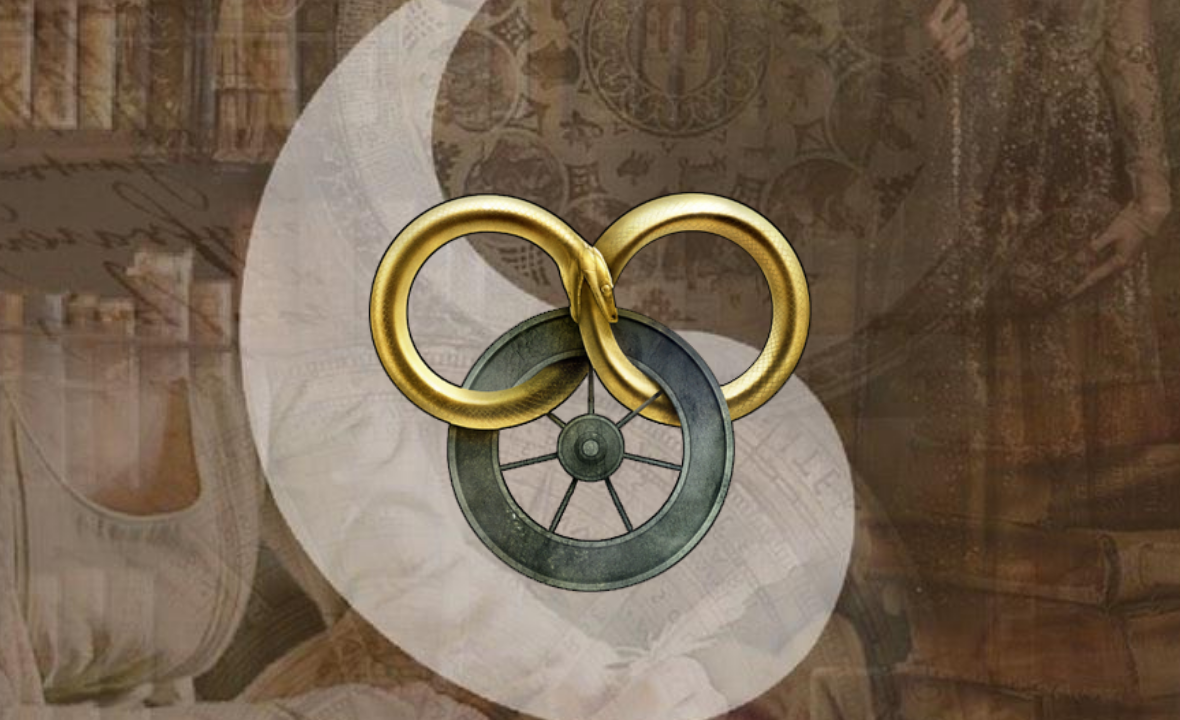 The Brown Ajah is the fourth-largest ajah, and stereotypes abound.  Scatterbrained, hyperfocused, the secretaries of the Tower, super-nerds, history-obsessed weirdos…

It’s essentially accurate, but also, in a very real way, essentially not.  But it still kind of is.  However, also, depending on your viewpoint, could be argued against.  But then again…

Let’s dive in, and talk about the Brown Ajah of the Wheel of Time and why the geeks shall inherit the earth.

WHO ARE THE AES SEDAI?

The Aes Sedai hold their seat in Tar Valon, a city-state on an island within sight of the massive Dragonmount, where the Age of Legends was ended by Lews Therin Telamon (against Aes Sedai guidance, by the way!) and the Aes Sedai picked up the pieces of the shattered world.

We are, perhaps, a bit biased.

The White Tower is split into 7 (or, depending on who you talk to, 8) different groups better known as Ajahs, and an Aes Sedai choses her Ajah at the time of completing a rigorous initiation process.

The Brown Ajah is the nerd Ajah.  There, I said it!

But not in the focused, logical way that the White Ajah is, or the tough-as-nails advocates of the Blue.  Browns are knowledgeable in the most subjects regarding the One Power and objects of the Power, as well as odd phenomena of the world.

Most of the body of lore comes from the Brown Ajah’s research.

The quarters of the Brown Ajah were previously located in one of the main sections of the White Tower, but as the Dark One’s prison began to weaken an unraveling of the pattern led to the Brown Ajah suddenly switched places with the Novice quarters.

Browns continued about their business, pleased that they were now closer to the Library.

Personal apartments are commonly scattered with objects of research, specimens, and books, but cozy as the inhabitants rarely leave the Tower except on matters of research or when specifically directed to do so.

NOTABLE MEMBERS OF THE BROWN AJAH

There have been Five Amyrlin Seats raised from the Brown Ajah; a position to which Browns typically do not aspire as it limits their ability to complete their unbridled research. However, Browns are quite well-suited to the role of Keeper of the Chronicles, given their penchant for… well, chronicle-keeping.

COULD YOU BE AN AES SEDAI OF THE BROWN AJAH?

“The main thrust of the Brown Ajah was gathering knowledge; they were librarians, historians, natural historians, doing nothing in the physical sciences or toward invention.”

From the Wheel of Time Companion

The Browns are devoted to knowledge and the collection of ancient wisdom, generally forsaking the mundane world and instead dedicating themselves to history and study.

If you find yourself often unaware of the world around you, lost in thought but extremely versatile in adapting to any given situation, you may find your home among the Browns.

DAVID ATTENBOROUGH – is best known for writing and presenting, in conjunction with the BBC Natural History Unit, the nine natural history documentary series forming the Life collection that together constitute a comprehensive survey of animal and plant life on Earth.

Malala Yousufsai – Pakistani activist for female education and the youngest Nobel Prize laureate. She is best known for human rights advocacy, especially the education of women and children in her native Swat Valley in Khyber Pakhtunkhwa, northwest Pakistan, where the local Tehrik-i-Taliban Pakistan had at times banned girls from attending school.

If you answer “Yes” to any of the following, you may find a cozy home in the Brown Ajah:

Are you a Brown? Or something else entirely? Is it still a subject of scholarly debate? You can become Aes Sedai at the Weaves of the Wheel community – find out more and join us!