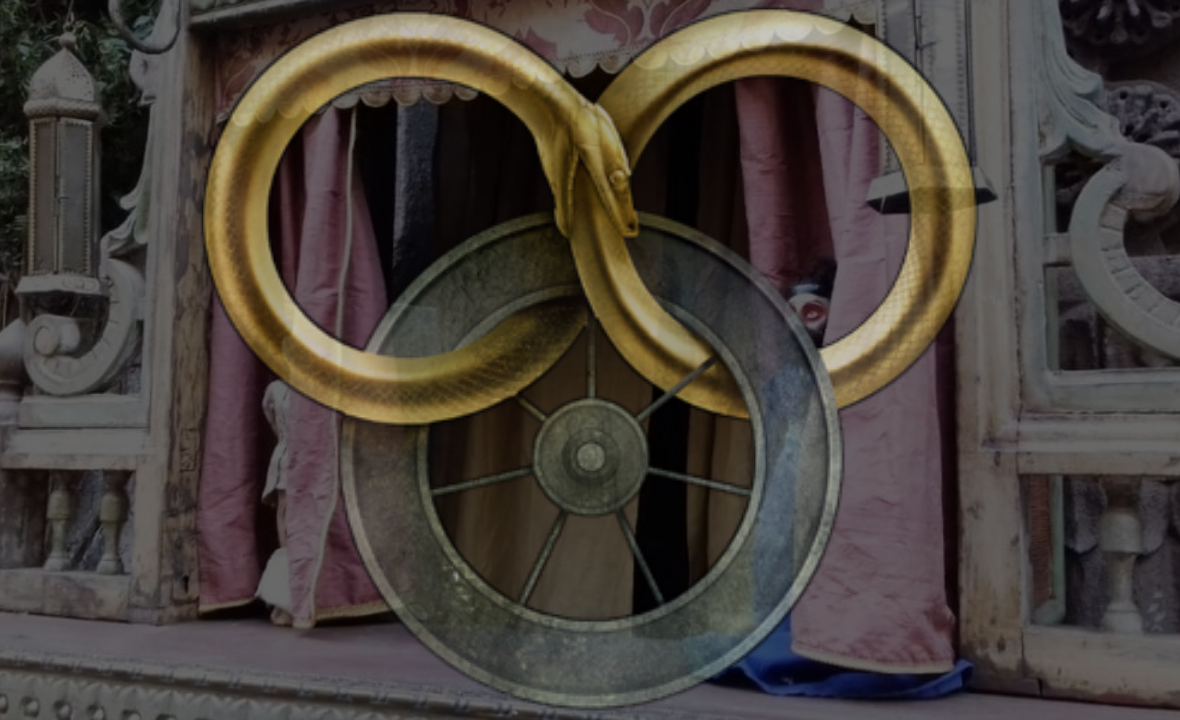 While fans still patiently wait for the first trailer for season 1 of the Wheel of Time, attentions have turned to season 2, already in production.

Season 2 of the Wheel of Time began filming on 19th July 2021, and with it came a slew of speculation.

What characters would we meet in season 2? What will serve as the main plot? Will we visit Tar Valon and meet more members of the Aes Sedai?

Well, we may have some answers.

We’ve stumbled across some LEAKED set photos, initially shared by a Russian YouTube blogger, and it looks like one city in particular will serve as the focal point for this season 2…

And that is the great city of Tar Valon!

You may recall, back in March 2021, a few set photos made their way onto the wonderful sub Reddits of WoT, that appeared to be of a set location at the aptly named “Jordan Studios” in Prague.

It was strongly suggested that the set served as the backdrop for the city of Tar Valon, home of the Aes Sedai. The set was initially built during filming for season 1 and has been extended further for season 2.

This was confirmed to be accurate by a number of sources close to the show and it left fans hungry for more of the famed city.

Well today, we finally got a better look at this set with these images shared on social media and YouTube.

Inspired by the famous souks of Marrakesh, Amazon has drawn heavily on North African culture for this set, from the architecture, to the stalls displaying all the colours of the rainbow, right down to the camels walking through the markets with their owners at their leads.

Now it’s fair to say, Wheel of Time fans hate the comparisons to Game of Thrones, however it cannot be ignored that these sets share similar influence of the set for the “greatest city in the world” — Qarth.

Qarth, like Tar Valon is a key trading port in the stories and home to “the warlocks tower”. Could it be a deliberate attempt by Amazon to strike familiarity in the hearts of fans of HBOs series?

One image that grabbed our attention in particular was that of a stage set for a puppet show.

Extras Film Agency, a Prague based agency for extras, currently employed by a number of Amazon shows, recently put out a call for extras that included a puppeteer, a barber, a snake charmer and contortionist for filming in September.

It is not the first time the show has called for actors with such experiences, with confirmation that trained actor and professional acrobat, Naila Kerimova, was cast in an early episode directed by Uta Briesewitz in season 1, and child contortionist, Robin also cast for an early episode in season 1, likely to be the same episode.

And of course, we can’t talk about Tar Valon without talking about Elayne Trakand.

It’s confirmed that we won’t meet Elayne until season 2, which has left fans certain that her first appearance will be when she meets Egwene and Nynaeve at the White Tower.

These set photos suggest that a puppeteer is needed for filming for scenes in Tar Valon in as soon as 3 weeks, and that makes it more likely that our Elayne is now cast and on set!

Some speculate that stage actor, Ceara Coveney is to play Elayne in the Wheel of Time.

Actor for Alanna Mosvani; Priyanka Bose, recently shared a photograph to her Instagram followers, with several of the cast members and Ceara in Prague. The photo was quickly removed, however not before fans of the series got a good look.

Do you think Ceara is Elayne, and how do you feel about the set aesthetics for Tar Valon?

Leave your thoughts in the comments, or come join us on our Instagram Forums and Discord Servers.

Find all our links here to join our community and chat with other fans of the series.