IS STEPIN REALLY ELYAS? THE WHEEL OF TIME MAY HAVE JUST CONFIRMED

September 17, 2021 by weavesofthewheel No Comments 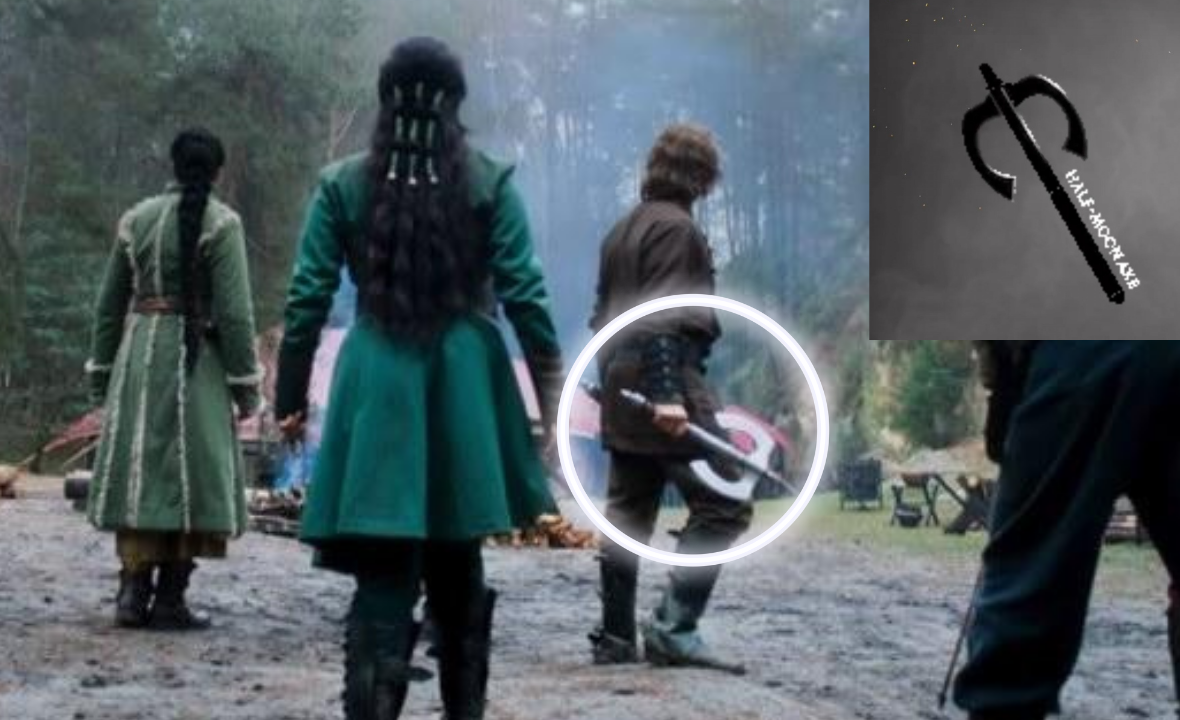 The Wheel of Time Instagram account just added a bunch of new stickers and emojis for Instagram users to play around with in their 24 hour story.

But all focus went to one in particular.

That of a half moon axe with a little wolf head…

Could this be our first glimpse at Perrins axe?

Shared alongside a bow, sword and dagger, is seems the axe is a nod to the character played by Marcus Rutherford.

UPDATE: THE AXE STICKER HAS SINCE BEEN REMOVED!

But eagle eyed fans, like our friend Hrothgar, spotted something more. The axe looks very familiar to one we already saw in the trailer, despite the notable absence of Perrins axe in any promotional materials.

The axe bares an uncanny resemblance to the one used by Peter Franzéns character Stepin in the trailer.

It has fans theorising to the possibility that Stepin will play the role of a warder who is also a Wolfbrother, and that he will pass the axe to Perrin.

Of course, this is a similar story to Elyas. A Wolfbrother who guides Perrin to the truth of his abilities. Fans have noted that to date, Elyas remains absent from any casting announcements.

Elyas was Warder to Rina Hafden in New Spring and he abandoned the Tower as his powers manifested.

If this is the case, it seems Peter Franzén may have a bigger role than we initially thought.

What do you think? Will Perrin inherit the axe from Stepin, or is this simply just a design format for the show?

Come and join the conversation – find our links here

December 13, 2021
« Previous post
THE WITCHER SEASON 2 – WHAT YOU NEED TO KNOW
Next post »
WHAT HAPPENED TO THE WINESPRING INN? – COPLIN TALK EPISODE 8