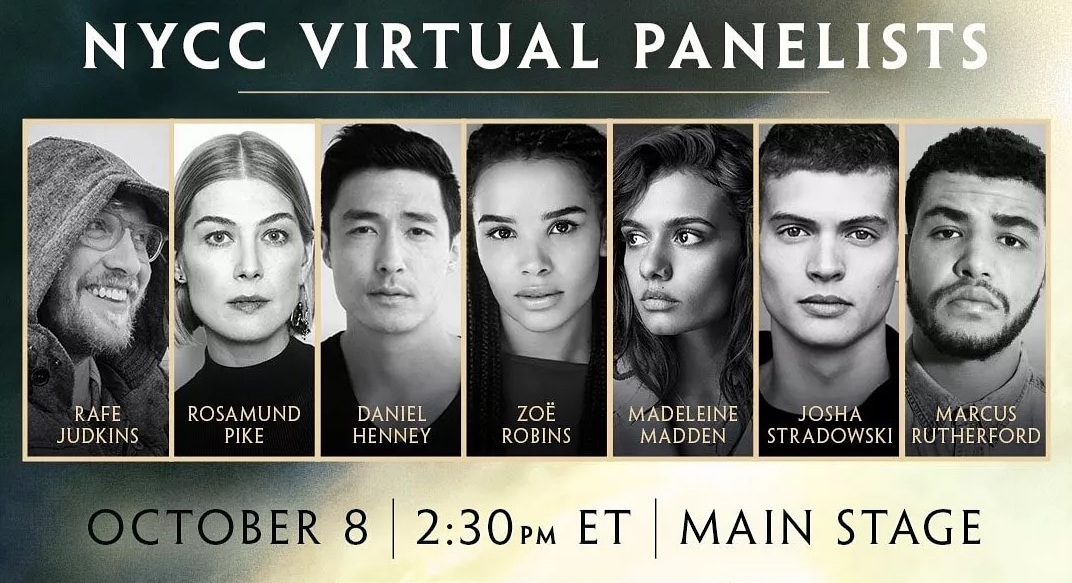 Amazon Prime Video has confirmed its panellists for The Wheel of Time panel at New York Comic Con next weekend.

Absent from the panel is Barney Harris, whom Deadline.recently confirmed would not be returning for season 2.

Based on Robert Jordan’s best-selling 15-book fantasy series, The Wheel of Time is set in an world where magic exists, but only certain women are able to use it. The story begins when a member of the incredibly powerful all-female organization called the Aes Sedai arrives in the small village of The Two Rivers. There, she will meet 3 young men, one of whom is the prophesised Dragon Reborn, a messiah who will either save or destroy humanity. The fate of the world depends on her identifying and preparing the Dragon for the Last Battle, as humanity’s last hope.

The Wheel of Time panel is on Friday 8th October at 2.30pm ET. Amy Radcliffe, managing editor of Nerdist.com will be moderating the panel, so expect some Q&A.

The series main cast and showrunner will be discussing how they are bringing this stunning world to life.and what fans can most look forward to when the series premieres Friday, November 19th 2021.

While unconfirmed, the Wheel of Time fandom is anticipating the full trailer to drop during the panel. Rafe Judkins confirmed a second trailer would land before the shows release.

If you can’t make it to New York, never fear. The cast will be appearing virtually and the stream will be available to watch at newyorkcomiccon.com.

Weaves of the Wheel will keep you up to date you all the details from the panel.