WHY THE WHEEL OF TIME WILL BE YOUR NEW FANTASY OBSESSION

It’s taken two years, braved Covid-related shutdowns and faced spanners being thrown into the production gears. But fantasy fans are finally gearing up for the first season of the epic Amazon Prime series The Wheel of Time, headed by showrunner Rafe Judkins.

It is so much better!

The Wheel of Time hits our screens on November 19th 2021

Based on Robert Jordan’s sweeping hero’s journey, the Wheel of Time, which had its start in 1990, is an immersive and stunning world that has beckoned more than a few fantasy readers.

With over 90 million copies sold worldwide, it has amassed a loyal fanbase across the globe, whom will no doubt being tuning in for the shows first 3 episodes on November 19th.

The hype has been simmering gently under the surface of places like Instagram and Twitter, with fan groups hyping and hypothesizing the various ways their favorite story can come to the screen – and carefully blocking out memories of the disastrous and confusing midnight release of the 2015 “Winter Dragon” by Red Eagle entertainment, starring Billy Zane and Max Ryan.

Now, we know what you’re thinking.  “This is just a [insert preferred fantasy series here] knock-off.  They just want to jump on the hype of Game of Thrones and Lord of the Rings.”

But The Wheel of Time deserves its own hype, and here’s why.

The series is complete, thanks to a little help from a long-time fan

Do you remember in Game of Thrones, there was a clear change in tone after season 5? Well, that was because the books only go up to that point, which left the show with no core material to build upon in its later seasons. This will not be the case in the Wheel of Time.

Despite author Robert Jordan’s death in 2007, the extensive notes and pre-planning allowed fantasy author and long-time Wheel of Time fan Brandon Sanderson, hand-picked by Team Jordan, to complete the series.

Of course, there will be changes to the story as it’s adapted for our screens, but the core material should remain the same.

In fact, Sanderson, and series editor Harriet McDougal will lend their expertise as consultants on the show. This spells relief for fans of the books, and lets people know that the story is unlikely to drift too far from the original outline.

The cast is as diverse as the world they represent

Early casting announcements for the Wheel of Time did not disappoint, with well-known figures Rosamund Pike. (Gone Girl, I Care A Lot), Daniel Henney.(Hawaii Five-O, Criminal Minds), and Michael McElhatton (Game of Thrones) topping the bill.

But something else stood out in the casting for the Prime series, and that is the sheer diversity of people populating this richly developed world.

Far from the whitewashed head canons of so many old-time fantasy characters, the casting for Wheel of Time is just as diverse as in the novel, with many of the top roles going to people of color, from countries around the (real) world, to represent the various richly detailed nations in the story.

It is a novel and exciting thing for all individuals to see something of themselves in the heroes of fantasy, and a welcome change.

The Aes Sedai – Women who Rule the World

This point stands on its own, as the most enticing feature of the Wheel of Time. The array of diverse women who make up the Aes Sedai. An order of exclusively female magic wielders who protect the world from evils and those who use magic dangerously.

Split into specialties identified by color, these ajahs are representative of the personalities of those who join them, which is a great way to age-up those who spent their youths sorting themselves into Hogwarts houses.  Women, of different cultures and backgrounds, coming together to use their own specific skills to rule the world? Yes, please!

There are, of course, a dozen more reasons why the Wheel of Time is the fantasy epic of our age, but in this case, the story should speak for itself.

To get a head start on the series before the show comes out, pick up The Eye of the World, Book 1 of the Wheel of Time. Or come and join us at Weaves of the Wheel, to discuss the books and show with like-minded fantasy fans. 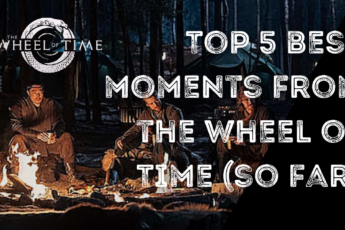 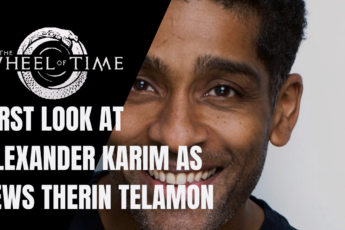 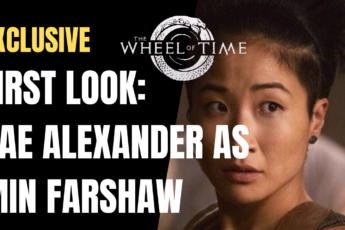 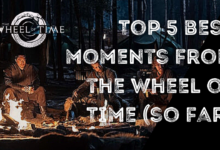 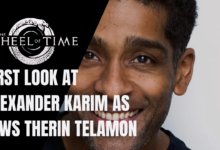 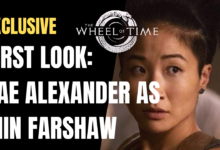