IS EGWENE TA’VEREN AND A POTENTIAL DRAGON? 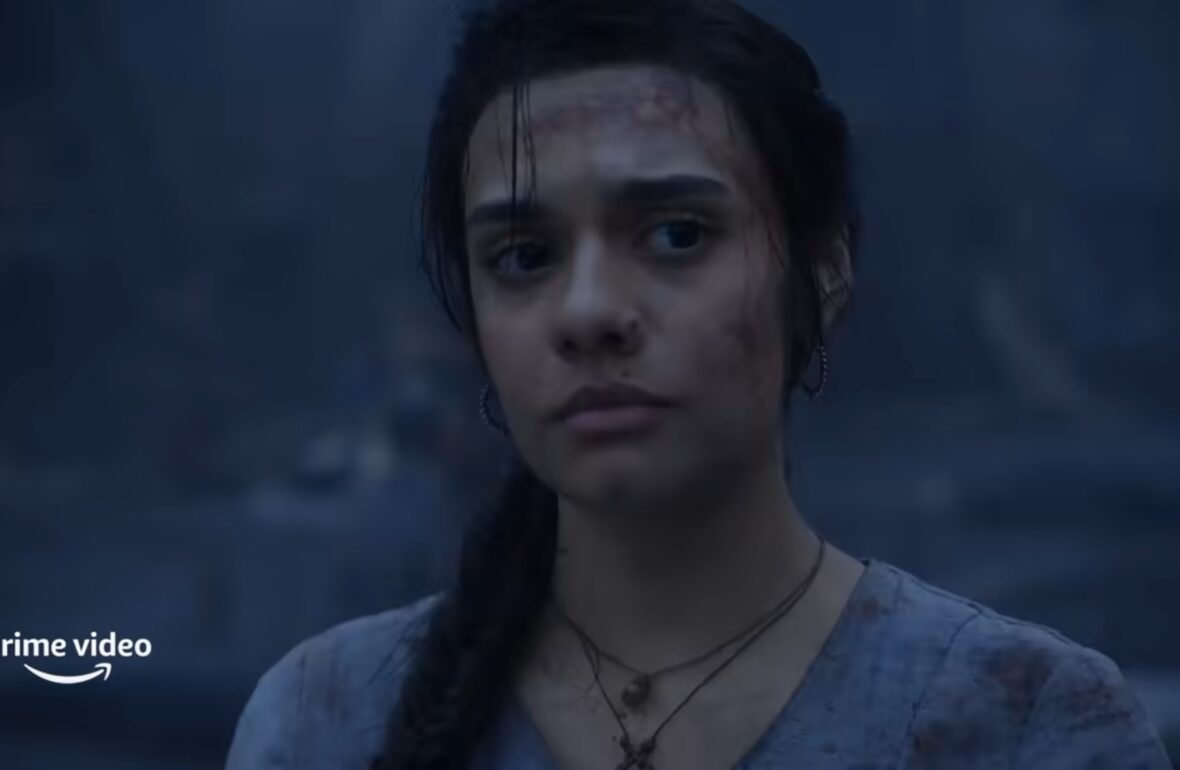 Is Egwene set to be a Ta’veren in Amazon’s adaption of The Wheel of Time, and will she serve in possible contention among Rand, Mat and Perrin to be The Dragon Reborn?

WARNING! THIS ARTICLE MAY CONTAIN SPOILERS FOR SEASON ONE OF THE WHEEL OF TIME AND THE EYE OF THE WORLD

There have been rumours simmering for some time that Egwene may stand alongside Rand, Mat and Perrin in contention to be the prophesied messiah, The Dragon Reborn.

This was further bolstered earlier this month when a reddit user, named “The Fourth Taveren” recently took to the platform with the claim that they had seen the first season of the show and wanted to share some “interesting notes”.

Among them, the user claimed that Egwene is referred to as a “Ta’veren”. and that her reason for leaving the Two Rivers is that Moiraine believes she may be The Dragon Reborn,. the reincarnation of Lews Therin Telamon, the ultimate saviour of the Light in the battle against the formidable shadow.

Of course, we were among the many who took this with a pinch of salt. Sources close to the show called BS on claims, while many others gave it little thought.

That is until yesterday, when Amazon Prime Video released a bonus clip titled “Moiraines Quest” on the streaming platform.

In the 1 minute clip, Rosamund Pike’s Moiraine Damodred speaks of her search to find the Dragon, and it left us wondering,.

“Is there truth to The Fourth Taveren’s claims?”

MOIRAINES SEARCH TO FIND “THEM“

“What I do know is my mission is to find them…”

As the camera pans over the gorgeous landscapes, and wide angled shots of Moiraine and Lan horse riding, Moiraine speaks of her 20 year search to find “The Last Dragon”

But interestingly, Moiraine claims she needs to find “them”.

Why is that interesting? Because in the books, the Dragon is always male. Every prophecy and foretelling claims “he will be born again” and Moiraine has no doubts it is a boy she seeks, from the very moment she hears of “the secret“.

But it this turning, it seems as though Moiraine is not quite sure. At the very least, they hope to leave the possibility open that the Dragon may not be exclusively male.

But, this would make it extremely complicated, if not even slightly offensive, for the 3 boys then go forth to be named “Ta’veren” while Egwene is not.

Should Egwene be hinted at as a possible Dragon, then she would have to has the same qualities that Moiraine sees in the boys, else risk claiming the female of the group is “just not as important”.

This clip suggests that Moiraine considers Egwene to be The Dragon Reborn.

In fact, the clip only features 6 members of the cast. Moiraine and her Warder Lan who are the searchers, while Rand, Mat, Perrin and Egwene serve as those they watch.

Another prominent member of the main cast, Nynaeve, does not appear at all, leaving questions as to why Egwene does, if not part of those Moiraine is searching for.

We know that Moiraine is not the only one who seeks The Dragon Reborn. The Dark One has tasked Ishamael, under the moniker Ba’alzamon, to seek and turn the Dragon to the Shadow.

Ba’alzamon searches in Tel’aran’rhiod, also known as the world of dreams, for the Dragon. There are several occasions during the first book where he visits all 3 boys while they sleep, taunting and twisting their dreams.

In this clip, we see all 3 boys wake from nightmares, but we also see Egwene waking from one too.

Does this suggest that Ba’alzamon, who showed no interest in Egwene during the series, haunt her dreams too?

Who is the Dragon REBORN

“There will be one who can stand against him”

Moiraine says ominously as the camera pans over the 3 boys and Egwene on horseback.

The clip ends with Moiraine asking the ultimate question….

“who is the Dragon Reborn?”

As she asks, the camera flashes the images of 4 young Emond’s Fielders across the screen, before the shows logo signals the end of the clip.

Leaving the audience in no doubt that Egwene will serve as a potential Dragon in this turning of the Wheel.

Do you think this is enough evidence to suggest Egwene may actually be in contention to be The Dragon? And if so, would that mean she has to become Ta’veren?

How do you feel about this potential change to the story?