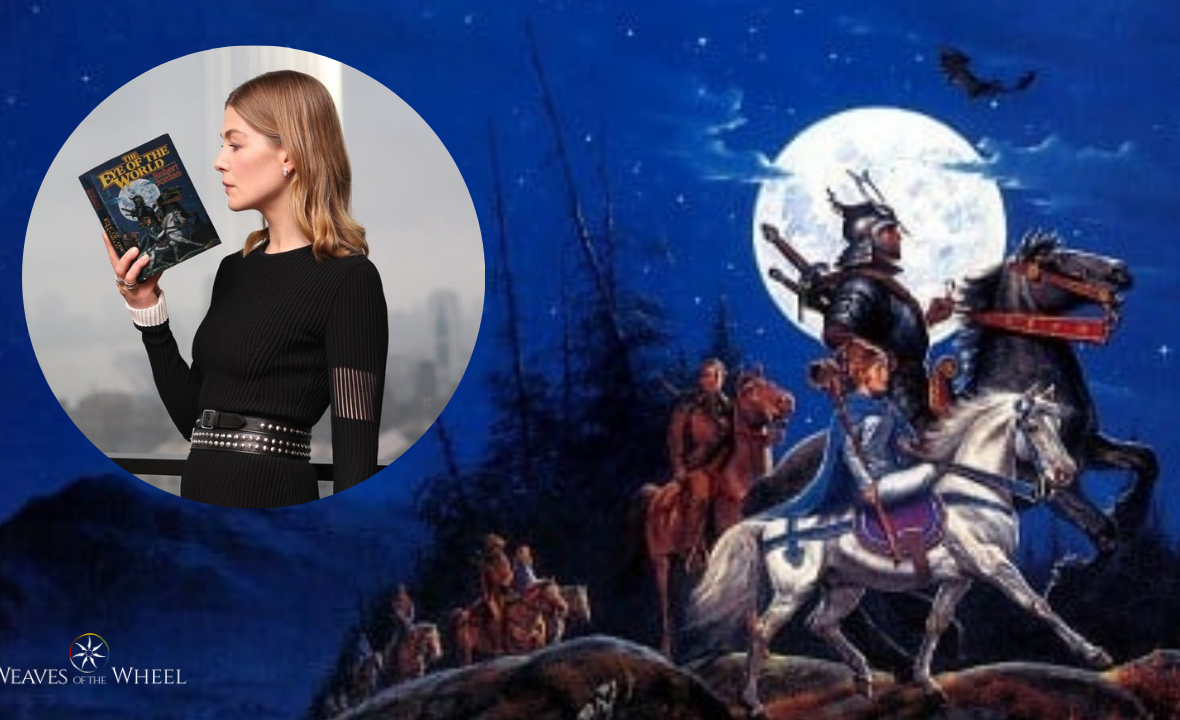 Macmillan Audio has announced the re-release of the Eye of the World audiobook, the first in Robert Jordan’s epic fantasy adventure, The Wheel of Time.

Rosamund Pike, who will play Moiraine Damodred in Amazon Prime’s adaptation of the series will be taking on the monumental task of narrating.

The audiobook will be available to purchase from November 16th 2021. Just three days before the first 3 episodes of the long anticipated show arrives on Prime Video.

The Eye of the World was first published in 1990. It is the first of 15 novels in the series, which includes a prequel ‘New Spring’.

The Eye of the World audiobook narrated by Pike is 30 hours long and is available for a cost price of $49.99 and on audible.

You can find details on how to purchase here

“I’m excited to bring the Wheel of Time series to life in a different way once again” says Pike.  “The Wheel of Time is an especially great series for audiobook listeners to immerse themselves in, I’ve revelled in voicing the robust collection of unique characters.”

Actors bringing the books of screen adaptations to life in audio is a long standing tradition. Harry Potter fans are especially fond of the audiobooks narrated by Stephen Fry.

Pike herself has previously narrated two other audiobooks. She has read Jane Austen’s ‘Pride and Prejudice‘ and ‘A Slow Fire Burning‘ by Paula Hawkins.

HOW TO GET THE AUDIOBOOK

You can pre order the audiobook on Audible now. It will also be available on Libro.FM, Apple Books and Google Play Books on the 16th November 2021.

The original Eye of the World audiobook narrated by Michael Kramer and Kate Reading will still be available.

The Golden Globe winner Rosamund Pike will star in The Wheel of Time on Prime, alongside Daniel Henney (Criminal Minds) and Alvaro Morte (Money Heist).