THE WHEEL OF TIME TEASES ALVARO MORTE AS LOGAIN 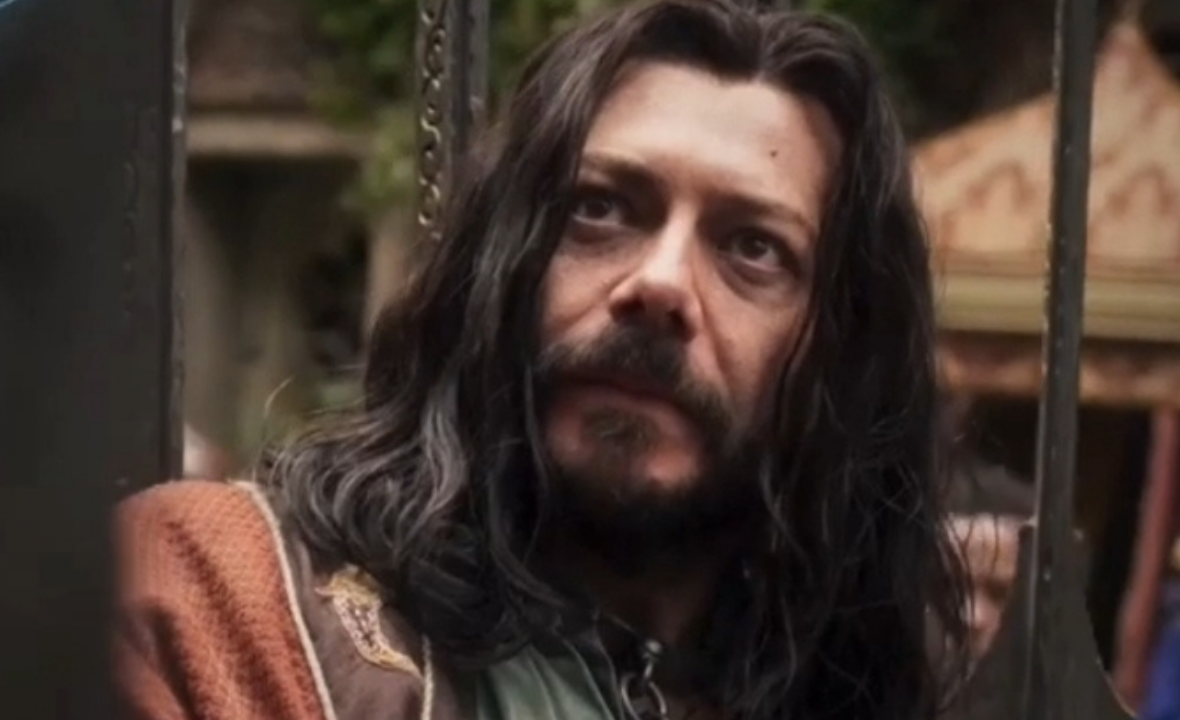 Dubbed “The self-proclaimed Dragon Reborn” we’re breaking down our best look yet at The Professor in his latest role.

The trailer opens with Logain approaching two visibly afraid Ghealdanin soldiers, who are fully justified for being afraid! But how do we know that they are Ghealdanin?

By their shields of course! We get a close view of the shield one of them is carrying, which has Ghealdan’s unmistakable banner of three silver stars on a red field. The soldiers then throw two spears at the source of their fear and run in the opposite direction.

Logain does what he does best, he nonchalantly weaves Saidin to break the spears thrown at him.

Now, this is the most intriguing part of the trailer.

In the previous trailers, we’ve seen numerous Aes Sedai weaving Saidar, but this is the first time we see Saidin being weaved.

The black saidin threads certainly make themselves distinguishable from the white saidar threads. But if we take a closer look at Logain’s weaves we see the underlying white threads which become entwined by the black. Could it be that the black threads signify the Taint of saidin?

If so, that would definitely produce a strong contrast on the screen.

Next up we see a bound Logain being paraded through Tar Valon. We can identify Tar Valon based on the puppet show in the background which was spotted in these earlier leaked set photos.

Logain locks his gaze with the onlooking Mat. Book readers may catch the references here with Mat being a Ta’veren and Logain’s Talent to see them.

This scene confirms both Mat and Logain will be in Tar Valon in season one of the show. Something that doesn’t happen in the books until the third instalment.

In the final scenes as the narrator says “His strength is more than anything I’ve ever seen”, we see a montage of the things we’ve already seen in the first teaser trailer: Logain breaking the Shield put upon him and an enraged Stepin attacking him while he sits inside a barrier.

One thing is ever present in this trailer though: an embroidered dragon on the collars of Logain’s garb. Is it a foreshadowing of what’s to come later?

What’s your reaction to the trailer? How do you see Logain’s story progressing in the TV show? Are you excited to finally see Saidin weaves?

Join us at the reading rooms, our fan forums at Weaves of the Wheel where we’re discussing all the reactions. You can find them on Instagram and Discord – click here to learn more