THE WHEEL OF TIME TEASES THE BIG BAD WITH SHADOWSPAWN TEASER 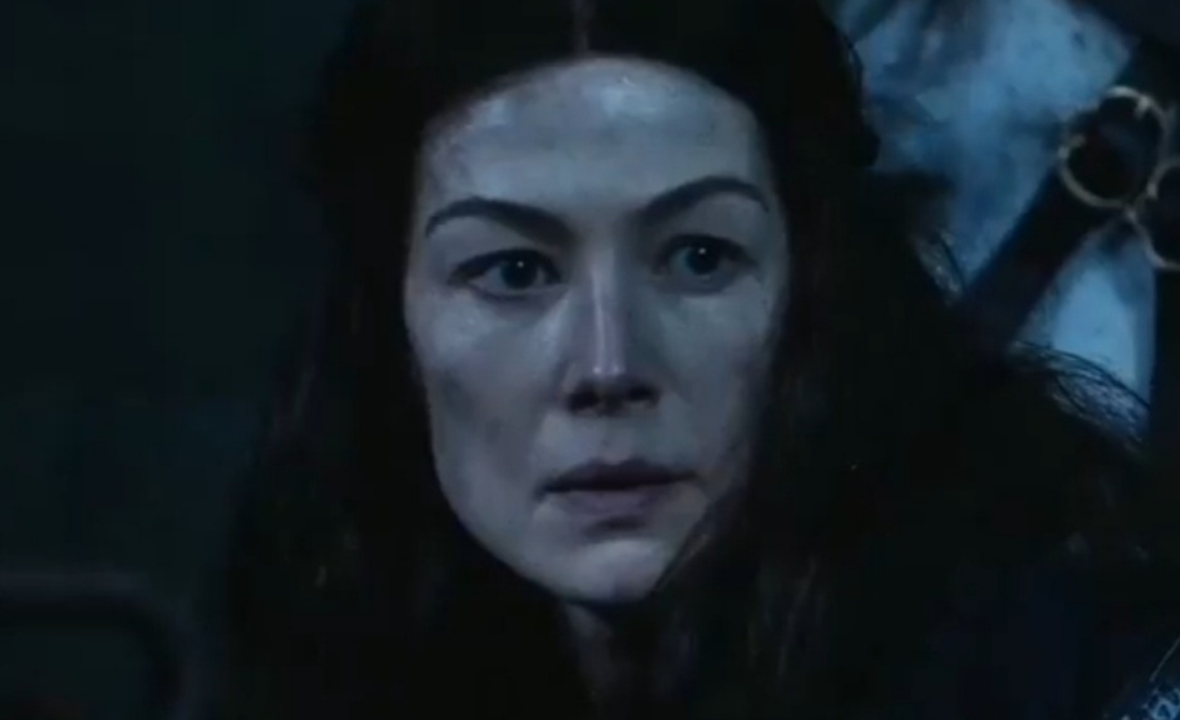 TAKE A LOOK AT THE BIG BAD IN THE WHEEL OF TIME: THE SHADOWSPAWN TEASER

“Armies of Trollocs and Fades, a million strong will wash across the land, killing and eating every person they find….and you can’t outrun a Fade”

Amazon’s The Wheel of Time is upping their promotional campaign, releasing numerous treats for us WOT fans this past week.

Today’s promo gives us our best look yet at the Shadowspawn – Servants of the Dark in this teaser.

Trollocs are hybrid monsters created in the Age of Legends by the Forsaken Aginor, while Fades are the mutant off-spring of Trollocs…Yes they are Trolloc babies.

Trollocs are a cross of human and animal stock that make up the bulk of the Dark Ones army.

Fades, or Myrddraal as they are also known, are Trollocs born with stronger human traits than the majority. Fades have developed a sort of power that seemingly stems for the Dark One. Although like all Shadowspawn, they cannot channel the One Power.

Myrddraal lead the bands of Trollocs, who travel on foot, while they themselves always travel by horse.

The clip starts with the images of 1000s of trollocs all gathered together while the Fade, sat upon his black horse with skull mask, walks through the Trollocs.

The voice over begins “Armies of Trollocs and Fades a Million Strong..” The clip then gives you a glimpse of both Lan and Moiraine before we see the Fade open his mouth with rows of sharp teeth on display. The Fade screeches and you see the Trollocs rush forward to attack.

The voice over continues “..will wash across the land, killing and eating every person they find..” The clip then freezes and you can hear the clanking of sword against sword and screams before the clip returns to an image of the Fade on his horse and the voice over says “..and you can’t outrun a Fade”.

The scene fades to black, with the shows logo and release date. November 19th 2021.

A lot of the footage in this clip isn’t totally new. We have already seen a great deal of it during the first teaser trailer. However, we’re definitely getting a better understanding of the horrors of Winternight.

The Fade and Trollocs seem to be holding their ground and getting ready to descend onto the village of Emonds Field. We see two stills of Moiraine and Lan in this clip, wearing similar clothes to those they were wearing when they entered the Winespring Inn, in that teaser clip we saw during NY comic con.

In the background you can see buildings and what appears to be the Winespring Inn. This again would indicate that this is the attack on the Two Rivers by the Trollocs on Wintersnight.

We see Trollocs running with torches. Lans face spattered with blood and Moiraine’s looks dirtied with soot. You see and hear the Fade screech and the Trollocs attack.

There’s a “blink and you’ll miss it shot”, where we can see an all to human looking head being severed from its body.

We have already seen a glimpse of what is to come from the trailer, but it looks like this will be a clash bigger than we initially anticipated.

The fandom waits with baited breath for that first glimpse at the smart Trolloc, Narg. But it looks like we may have our first glimpse right here.

As the door bangs open, we see a muzzle faced, ram horned Trolloc standing in the doorway. This of course matches the description of Narg, and is potentially the scene at Rand and Tams farmhouse, where a Trolloc breaks down the door.

The attack on the Two Rivers is not a POV in the Eye of The World we get to read, and what we learn comes later, when Rand enters the village, after travelling from the farm where he was attacked.

TV adaptations bring changes and scenes like this make for great viewing. Seond hand accounts are rare on screen, so expect to see more of these of camera moments included in this adaptaion.

Another minor but also very major detail of the Fade is that its cloak is still and does not move in the wind. In the book series author Robert Jordan specified this point countless time and the explanation being they exist in-between this reality and Tel’aran’rhiod the dream world.

Fans were concerned this detail had been ignored, when this poster, of a sprawling Myrddraal cloak was shared 2 weeks ago. The shots today hopefully provide relief to those concerns.

Fans have noticed are two different people lending their voices to this clip. While the first clearly belongs to Rosamund Pike, who will play Moiraine, the second voice remains a mystery.

Many have speculated that it may belong to Maria Kennedy Doyle who plays the tinker Ila or to Alanna Mosvani, played by Priyanka Bose. It’s unlikely the audio in this shadowspawn teaser is linked to the images in this clip. but nonetheless it works well.

THE VILLAIN OF THE SEASON?

The clip suggests that the big bad of season 1 will likely be the Shadowspawn. We have seen a lot of emphasis on them while there has been little to nothing about the Forsaken.

Although, Rafe Judkins did respond to a question in a recent Q&A “depends how well you know the Forsaken” when asaked if the Forsaken would appear in season one.

To us, this suggests we may meet a Forsaken under an allias in the first season. However, we shall have to wait to find out….

What do you think of the Shadowspawn teaser? Are you excited for the show? Come and chat with us at Weaves of the Wheel. Find out more here