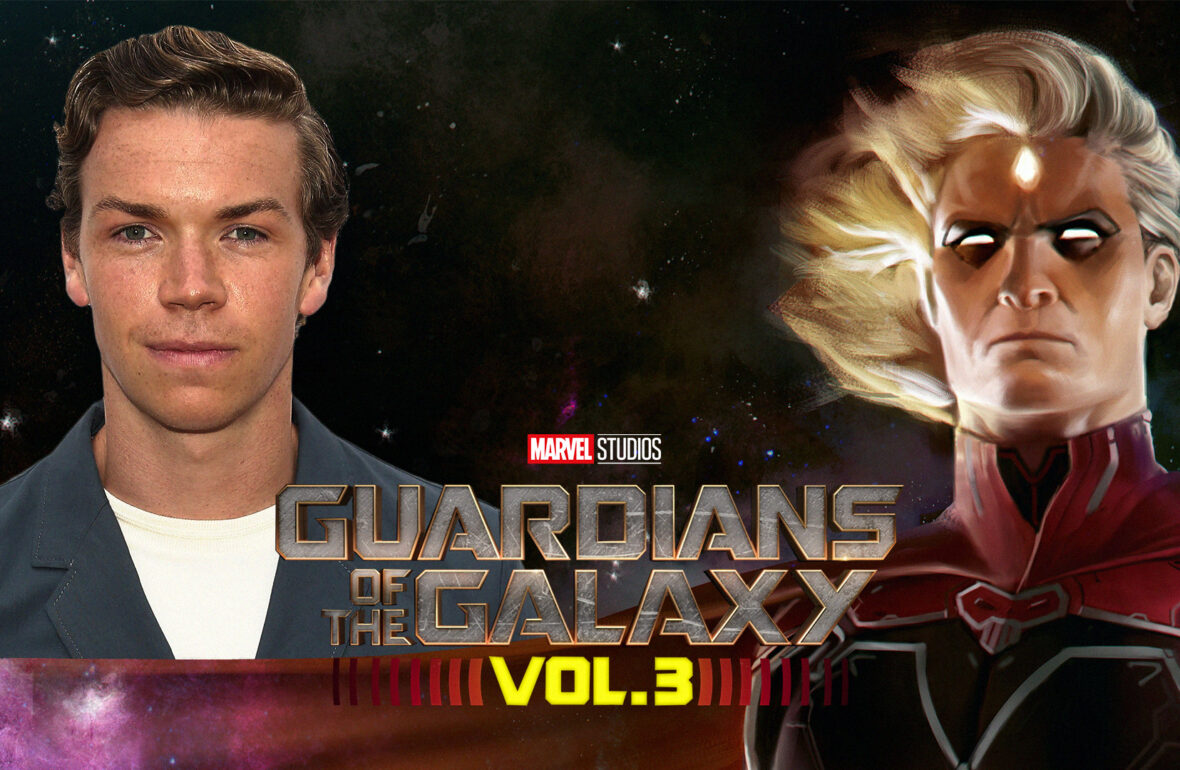 Will Poulter will play Adam Warlock in Vol 3 of Guardians of the Galaxy.

It has been four years since the release of Guardians of the Galaxy vol 2 (2017) and we finally have our answer to who will play Adam Warlock.

Deadline sources have confirmed that Will Poulter will play the role of Adam Warlock in Guardians of the Galaxy vol 3.

For those of you who have not seen the movie since its release in 2017, here is a quick summary of GotG vol 2:

Peter Quill and the Guardians are hired by an alien race called the Sovereign to protect their precious batteries from invaders. When it is discovered that Rocket has stolen the items they were sent to guard, the Sovereign dispatch their armada in a quest for vengeance. Peter’s parentage is revealed as the Guardians attempt to escape.

Peter meets his estranged Father, who is a celestial being, a god (small G) that has taken the form of a planet called EGO (Kurt Russell).

In one of the out scenes the High Priestess Ayesha has not given up on extracting revenge on the Guardians. She decides to create a new and better type of Sovereign and christens her new creation Adam.

“..that, my child, is the next step in our evolution. More powerful. More Beautiful. More capable of destroying the Guardians of the Galaxy.

Adam Warlock in the comics

Adam Warlock, originally known as ‘Him’ first appeared in the Fantastic Four #66-67 (September 1967), exactly how you see Him at the end of Guardians of the Galaxy vol 2, in a cocoon.

His first full appearance is in Thor #165. Warlocks powers consist of:

And every time he regenerates he becomes more powerful, to the point when he is one of the most powerfulest characters in the Marvel Universe.

In the comic books, Warlock was a key figure in the Infinity Gauntlet and the various tie-in stories focusing on the Infinity Stones. However, Warlock did not appear in Infinity War. Due to the number of already established character appearances, there was little room for a new character introduction. The decision to wait and bring Warlock into the MCU’s 4th phase gives more room for the character to develop.

Deadline.com report the MCU has hired Will Poulter to play the role of Adam Warlock. What do we know about Will? Will is an English Actor and he first gained recognition for his role as Eustace Scrubb in the fancy adventure film the Chronicles of Narnia the voyage of the Dawn Treader (2010). Poulter received further praise for his starring role in the comedy film “We’re the Millers” for which he won the bafta for “rising star”. He has also appeared in the book to screen adaptation of The Maze Runner (2014) where he played Gally.

How do we think Poulter will do as Adam Warlock?

The Guardians of the Galaxy movies are comedic and filled with action. Will has great comedic timing, as showcased in We are the Millers.

He also appeared in the action drama sequel “The Maze Runner” as Gally. This role was more serious and he was the ‘tough man’ of the group. It appears that Adam has the core acting skills to make Adam Warlock his own and push the Marvel Cinematic universe into the next phase.

According to Gunn, Guardians of The Galaxy Vol 3 will follow from the events of Infinity Wars. The MCU is now entering phase four with the introduction of new characters from the Eternals, Fantastic Four and X-men.

Congratulations Will Poulter and Welcome to the Marvel Cinematic Universe. I hope you are getting paid.

If you have a celebrity or show story, video or pictures get in touch with us using the contact form

We would love to hear from you.